I am writing a review to explain what I think about the game. 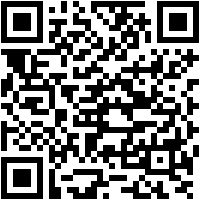 I reviewed the game because it was one of the top free games on Google Play.

While reviewing other games, I saw ads for this game, and the ads I saw were strange.

I also was curious to see if the game was as simple as it looked in the ad.

Spoiler alert! It was.

How Did I Review This Game?

I played the game for about 30 minutes or so on my LG V20 Android phone. This phone is my dedicated game review device, and that is all I use it for anymore.

I played the game until level four.

You run around and pick up blocks that are the same color as you. You then use these blocks to build bridges. You win once you reach the end of the level.

The Game Could Be Fun but It Needs More

The game has potential. But there is not enough here to enjoy Bridge Race as a full game.

Maybe if the other characters weren’t so slow or dumb, the game would feel more fun?

I had to wait almost 5 minutes for the other characters to beat me once. Even then, I knocked somebody off the level while just standing in place.

The levels could use some interesting obstacles. Bridge Race could be a fall guys type of game, and that would be quite fun.

You can bump into the other players, and they can knock you off the level. I feel this competitive angle should be expanded on.

But as is, the levels don’t change, and they are mostly the same.

This game is a bit too basic for me, and it became stale and boring after about ten minutes.

The game would be more fun if the players were other people.

The game would be one of the most basic multiplayer games ever. But at least other people would provide a real challenge.

Random Things I Noticed While Playing the Game

The game looks OK, I guess. I am starting to notice a trend in games like this. Games like Bridge race use the most basic models possible.

There is nothing wrong with the art style, and it looks OK. But it seems all bad 3D games use the same art style.

It is somewhat fun to watch the charter pick up the blocks and stack them, I suppose.

Also, one of the other characters was named character name. I am not sure if that was mean to be ironic or a mistake.

The game has sounds. There is little I can say about them other than I was not impressed. There is no music.

How Does the Game Get You to Spend Money?

There is nothing to buy in this game.

How Does the Game Annoy You?

I thought this game was about building bridges. But apparently, the developer is building up their ad revenue.

There are the usual ads you use to see now in games. Banner ads and video ads.

But the game also has an ad on the start screen. This ad is a bit odd, and I have only seen other bad games do this.

The game plays video ads before starting levels and after beating them.

But the game also plays video ads randomly. I once had two video ads while playing levels. Very bad and very greedy.

I also got video ads for doing nothing at all! I left the app open on the main menu, and video ads started to play.

These ads look tacky, and it makes me feel as if this game was made to show ads and not for people to have fun.

Bridge Race could be fun. But the game has too little in it, and it is boring.

Also, there are so many ads that I wonder if the developer made the ads first and then added a game to it.

Do I Recommend Playing Bridge Race?

No. Stay away and find something better.

Will I Play Bridge After This Review?