Text or Die is a game I saw on the top free-to-play Android games charts. I downloaded the game to play it and review it. 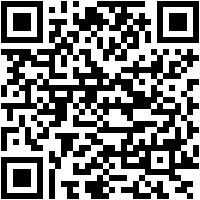 The name sounded odd, and I wondered what kind of game could this be.

I played the game for about 15 minutes.

Text or Die is a game about answering questions. You are playing in a tournament with three other players, and the players are bots.

The goal of the game is to answer the question with long words.

After every question, the water rises, and the goal is the be the last person standing.

The Game Is Somewhat Fun

I like the concept of the game. I had to think for a while to consider the longest words I could form.

It took the game quite a while to load after I opened it. Why?

Would Be a More Fun Multiplayer Game

Text or Die would be a better multiplayer game. Being able to play with real people would make things more interesting.

That is assuming people didn’t cheat. I suppose a time limit would help there.

The game has ow poly 3D graphics. I think a more simple 2D style would have worked better.

You can unlock player skins and hats to wear while playing the game.

There are no sounds.

Is programming audio for Android apps hard or something?

You can unlock everything in the game by watching video ads. The game is very fair.

I sometimes wish I could see how much ad revenue a game like this makes. I wonder if it is worth it.

Sometimes, I think developers program the ads and video ads first. Then make “the game” afterward.

My Overall Thoughts on Text or Die

Text or Die is not a bad game. But I can’t say it is good either.

There are thousands of word games on Google Play.

Text or Die does nothing to stand out. I feel I can randomly pick another word game and find something nicer.

Do I Recommend People Play Text or Die?

I would not recommend it. But this is not the worst game you can play.

Will I Keep Playing Text or die?