I Know How to Count

Count Master is a game I saw on Google Play. I am going to review the game after having just played it. 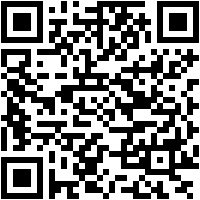 Why Did I Review Count Master?

I downloaded about five games from Google Play to review. Count Master was one of them.

I wanted to see what the games on the current Google Play top free games list looked like.

So far I am quite disapointed.

How I Reviewed the Game

I played the game for about a day. At the time of the review, I was on level 22.

You control a crowd of people. The goal is to gain more people and not to run out before you reach the end of the level.

While playing levels, there are many obstacles you have to avoid.

There are also rival groups of red people that you have to defeat. These other groups function to make sure you are getting enough extra people in your group.

You grow your group of people by walking through gates that add or multiply the group.

After levels, you earn coins and diamonds. You can use these currencies to make levels easier.

There is also an area you can build and upgrade as you play the game.

I Enjoyed the Simple Gameplay

I had fun playing the game, and I had fun dodging the obstacles. I was curious to make progress in the game to see how future levels are different.

I also enjoyed the base building area. I love upgrading and watching things grow in mobile games.

The Game Is Too Easy

The game is a bit too simple. I won a few levels by doing almost nothing at all. I feel the game could be made better by being more challenging.

The style is very basic and 3D. But the developer makes it work, and l like how it looks.

At the end of levels, your group sorts themselves into a big stack and then climbs the final steps. I think this is a neat little animation, and it is fun to see.

There was no sound at all. I did not even see an option to turn the sound on or off.

I know my phone works fine as I heard plenty of noise while watching ads.

This issue seems very odd. Either there is a bug with the game stopping sound, or the developer did not add any sounds.

How Does the Game Get You to Spend Money?

There is nothing to buy in this game. The game is fair if you don’t spend money.

I find it odd how some free games don’t let you pay to remove ads. You would think they would want the extra money.

There are banner ads visible. These ads are always annoying.

But in this game, you don’t have a reason to look at the bottom of the screen too often.  So I suppose the ads are more tolerable.

There also were ads after completing levels. These ads are pretty standard in most free games these days.

At least the developer respects players enough to not interrupt gameplay with ads.

Count Master was an OK game. The game was somewhat fun, and the amount of ads shown is average. But I did have some issues with audio and a few odd things related to ads not working.

I would say the game could have been average. But with the odd issues, the game is below average at best.

Do I Recommend Playing Count Master?

Not really. But I suppose the game is hardly the worst game you can play.

Will I Play Count Master After the Review?