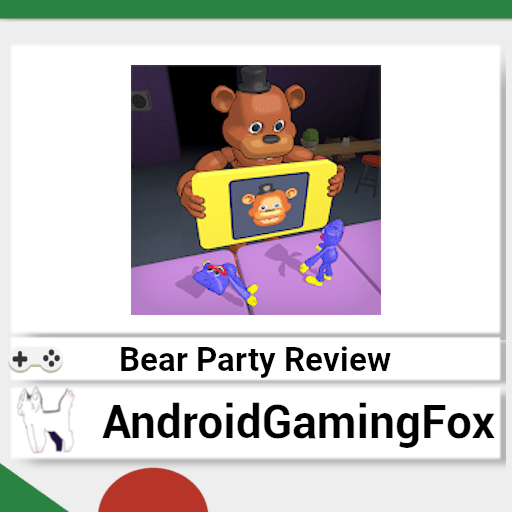 We’ll Have a Bear Party, We Don’t Need Nobody

Bear Party is a game I saw on the top free-to-play games chart on Google Play. Right away, I suspected that this game is probably not good.

Read this review to find out if I was correct! 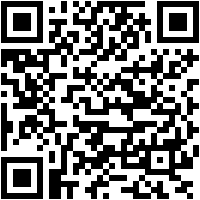 The name caught my attention. What is a Bear Party? Here is the game description.

“Outsmart villains! Stay on the right tile. Push em all & do not fall down!”

I needed to see what this is myself. I just could not resist.

So now I want to see why this game is ripping off Five Nights at Freddie’s and find out what it is about.

I am very excited! I suspect that won’t last long.

I played the game about 15 minutes to get to level five.

I know by now not to give any more time. It does not help in the review at all.

You start on a grid of squares. The goal is to move to the right square.

Imagine a Mario Party minigame. But instead of being a minigame, it is the whole game.

Other characters run around. They don’t seem to do much. I think they can push you sometimes? The goal is to knock them off. Once all the characters are gone, you win.

The Game Is Slightly Fun

I found myself having a tiny bit of fun. It is somewhat fun to send the other characters flying around as you scramble to find the right spot.

The game was fun for like all of five minutes before I was bored of it. But I won’t lie and pretend like I was not having any fun.

The game is too basic. This entire game could be a mini-game in another game. I have seen better mini-games in other games.

Since the developer wants to rip off Five Nights at Freddie’s so bad, those games even have better mini-games than this whole game.

Not every game needs to be a complex gachapon game that takes weeks to learn. But I need something else than this.

Add more stage ideas or something. Anything!

You can unlock new skins for your character. Most of the game assets stole from other games.

The rest are so generic I would guess the developer got them for free. They might have made them. I don’t know.

I just had to be Freddy though. Of course!

The game does not look too great.

What is with the random background objects? Does the game take place in somebody’s garage?

There is no sound. Apparently making audio for your bad mobile game is too much effort.

Seeing how the developer already knows how to steal assets, I figured they at least throw in some Five Nights at Freddie’s audio or something.

I know there is nothing wrong with my tablet. I heard audio from the ads just fine.

You get what you see. Nothing is gated or hard to get without spending money.

Every single bad Android game is a dark pit of ads and despair!

I wonder if somebody out there is telling developers to cram in as many ads as Google Play allows. Because so many bad games push ads to the limits.

Constant banner ads visible. Video ads after every single level in the game.

Why is it that the worst games ever always ask for reviews? “Please support us by giving us a review.”

My Overall Thoughts on Bear Party

Turns out Bear Party was nowhere near as exciting as I thought it would be.

Shocker. I should be used to this by now.

I considered being somewhat lenient in my review score. Because I was having fun. But I must consider the asset theft. Also, this game is not that interesting or fun. I know what I must do.

Bear Party, like most bad/mediocre games, has only one concept. Only one thing. That thing gets old fast, and there is nothing new.

Bear Party, at best, is a simple game designed for ad revenue. At worst, it is made by a developer who does not respect the intellectual property rights of others and is poorly made. I will let you judge what description better fits.

The fact that Google allows games like this on Google Play proves that they don’t check apps enough, and there is almost no quality control.

I always thought this was the case. By seeing games surface from The Abyss and show up on the top free-to-play games list, I can confirm this is true.

No. Of course not! Play almost any other game on Google Play first. You are not missing anything.

Do you want Five Nights at Freddy’s? Then buy that and play it. The games are on Google Play, in case you didn’t know.

Will I Keep Playing Bear Party?

I only play games like this for my blog and nothing else. I deleted the game before I published the review!