This Game Is Memes

2 the Moon is a game I found on Google Play. I just had to review the cryptocurrency meme game. 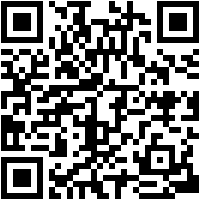 I just could not help myself. I saw a meme game that looked bad, and I wanted to know more.

Also, I had just reviewed and played a terrible game made by Voodoo. I am on alert and highly curious.

How Did I Review This Game?

I played the game for about ten minutes on my phone.

Before the Review Some Helpful Information

If you already know about cryptocurrency and Dogecoin, skip this section.

Cryptocurrencies work with blockchains, and they are complicated. There are many guides online that can explain how they work better than I can.

There are many cryptocurrencies. Bitcoin is probably the most known.

People use cryptocurrencies as digital money or tokens. Most people are going to be talking about them as currency.

People particularly think of them as investments. People want to buy cryptocurrencies while they are cheap and sell when they are high.

Dogecoin is a popular cryptocurrency. Recently, it has started to gain in value thanks to words by certain celebrities.

Dogecoin is considered a meme cryptocurrency.

Because it does not have a lot of value and because the coin is based on the doge meme.

But some people view the currency as a ticket to riches, and they buy many of it to hold.

That is how we get to the phrase to the moon. Or the name of the game 2 the Moon.

This Is a Game?

You are a doge. The goal of the game is to ride up a chart and gain money.

There is no lose state in this game. You either make money, or you don’t. But in the end, you always win.

This Game Is a Meme

Voodoo is trying to cash in figuratively and literary on the current cryptocurrency popularity.

2 the Moon is not a game. You can’t lose. You don’t do much of anything.

This game could have been a bad YouTube video. I feel I would have had the same experience.

The game is fun for about five minutes.

I know I said this already, but the game is a big meme.

The developer did some research. We got the stonks meme guy and the Wallstreet bets guy in the game.

There are no sounds in the game. But it has a song.

I had to hear the whole thing at least once. It is a completely original song about how Dogecoins are not a meme currency and how they are going to make everyone rich.

It is so silly, and it fits the theme of the game. But after hearing it once, the interest I had died off.

There is nothing to spend money on. The developer only makes money with ad revenue.

Turns out the real way to get to the moon is with ad revenue.

There are banner and video ads. The video ads only played at the end of levels.

I suppose this is not that annoying for what this game is.

Overall Thoughts on 2 the Moon

2 the Moon is funny for a few minutes. But this kind of joke game is just a quick ad revenue cash grab.

I have seen funny YouTube videos that are more entertaining. You can’t even say this game is more engaging as you hardly do anything, and you can’t lose.

Being memes does not stop your game from being bad. It doesn’t make the game fun, either.

Do I Recommend Playing 2 the Moon?

I actually would recommend playing the game once just to experience it. It only takes about five minutes, and then you can delete it.

But if you can’t stand meme games or bad games, then stay away.

Will I Play 2 the Moon After This Review?

Dogecoins might go to the moon. But I won’t be playing this game anymore. I deleted the game soon after this review.