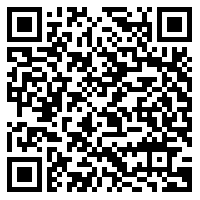 How Is Shattered Pixel Dungeon a Roguelike?

Who Made Pixel Dungeon?

Watabou developed the original Pixel Dungeon game, and the game is available on many platforms. Here is the Google Play link for the game.

Pixel Dungeon is an open-source video game. This means anybody can use the source code of the game and make edits to it. Because of this, there are many different versions of the game.

Search for Pixel Dungeon on Google Play, and you will see yourself.

How Is Shattered Pixel Dungeon Different?

This subreddit is a good place to learn more. This is a community on the popular website Reddit.

What Is the Goal of Shattered Pixel Dungeon?

The goal of many roguelike games is to get a powerful item. In Shattered Pixel Dungeon you need to get the Amulet of Yendor. This is a reference to the game Rogue as this was also the goal of that game.

This Game Is Very Difficult

Except to fail in the quest many times. According to the game’s status screen, I have died 132 times, and I still have not won once. There are many things that game stacks against you that make it difficult.

My Thoughts on How Hard The Game Is

The game feels fair in a way that a game can be very hard, but you know you can eventually win. I feel though the game is very random. Sometimes playing this game can feel frustrating.

I suppose there may be some strategy I am missing to be better at playing the game.

The Game Has Multiple Characters to Play

There are four Classes to choose from. Each class has a unique play style. The Warrior is the most straightforward and I enjoy playing it. The other classes are fun, as well and I play them as a change of pace.

I like having options when playing a repetitive game like this. Things are much less stale as you play many sessions.

The game has optional Google Play Games features. You can unlock some achievements and get placed on leaderboards. I don’t track these things too much, but it is a nice extra feature.

Turns out a game called Pixel Dungeon has pixel-like graphics. I know some people think this style looks bad or lazy, but pixel graphics can look nice when done well.

Pixel Dungeon looks well for a free game. The artwork may be simple, but it looks detailed and good.

The Game Has Good Music

The music in the game is very good. I like the first level song in particular. I suppose if you play the game hundreds of times as I have, the music gets repetitive.

The only way to spend money in the game is to buy donation packages. These add some bonuses like naming your characters and some changes to how the game look.

They are not needed to beat the game and a way to show support. By unlocking a higher donation, you get access to the lower benefits.

Of course, it is! All purchases are optional, and they do not affect gameplay in any way.

Shattered Pixel Dungeon has no annoyances! This is what I think about when I speak about a “perfect” mobile game.

You get to play the game without any interruptions or limitations. But you can optionally support the developer if you feel like it.

Shattered Pixel Dungeon is a very fun game that is also very hard. If you still have fun playing it, despite losing many times, then this is an amazing game.

I would only recommend playing Shattered Pixel Dungeon if you like roguelikes or are willing to learn to like them. If you don’t like very hard games, then probably will not be a good fit for you.

I used to play Shattered Pixel Dungeon semi-often. I eventually decided while the game was fun, it was too repetitive and hard for me to want to play anymore. I no longer play the game.