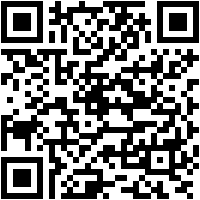 Best Fiends is on Facebook, and I have also downloaded the game on my Chromebook and LG V20 smartphone. I have played the game for over two years, and I am very familiar with how to play this game.

I decided to review this game on my blog because I enjoy playing it.

What Kind of Game Is Best Fiends?

Best Fiends is a linking puzzle game. You slide your finger across the screen to link same color puzzle pieces to complete objectives.

I would also consider this game a match three game. You need to match three puzzle pieces to solve puzzles.

This game has nice puzzles, and everything works great. Some levels are harder than the rest, but this always happens in match three games. As progress in the game, more things you need to deal with get added.

You Level up Fiends

As you level up Fiends, they do more damage. After five levels their powerups get stronger as well. They also change appearance and start to evolve into more mature forms.

Leveling up the Fiends Takes a Long Time

The game does start to feel grindy as leveling up the Fiends takes time but nothing too crazy, but don’t expect to have max level fiends in any time soon.

As you play the game, you unlock new Fiends. There are some very rare Fiends that you can buy with in-game currency. You do not need special friends to beat the game. They would make some levels quite easier though.

This game has weekly events on every day of the week. These optional events get you more materials needed to upgrade Fiends.

These events feel designed to be very time-consuming, and getting the best reward often required me to play a long time.

This game has seasonal events as well. You to collect so much of an item by beating levels. These events are also fun, but like the weekly events, they need a huge time commitment to get the best rewards.

The game also has two types of quests. The first set of quests unlocks when you get to certain levels. In these quests, you play the game as one character and need to beat a series of hard levels.

Beating all the levels for a character unlocks a unique skin for that fiend that boosts their attack.

The last set of events is beating groups of levels with a fixed team of Fiends. Each group of levels has a specific challenge. For example, one group of levels requires you beat the whole level set without losing three times.

This game has plenty of social features. The main thing I notice is the fact you get a small bonus when you pass people on the world map.

There are multiple leaderboards that compare your progress to other players if you like that sort of thing.

This game looks and sounds amazing! A lot of care went into the details of the world map and the characters. The Fiends have enough character to them that I recognize them.

It would not surprise me if Seriously had this in mind from the beginning.

The sounds in the game are very good as well. This game has some of my favorite video game music out of all mobile games. If only every mobile developer would this much care into their music.

I only wish the game has a few more original songs. Every song has the same theme, and it does start to sound the same after a while. I suppose though a few great songs are better than more mediocre songs.

Seriously has an active social media presence online. They release short videos with Best Fiend characters on their YouTube channel.

They are very well made, and they have some pretty high-profile voice actors in them from what I read.

The videos are a very interesting concept. I can’t think of any other mobile game that does something similar other than Angry Birds. I love how these videos look.

If Seriously ever did something in a longer form like a cartoon or full-featured movie I would watch it.

How Does This Game Get You to Spend Money

There Are in Game Purchases

Best Fiends has a currency you can buy things with. The primary currency is gold bars, but you can also buy diamonds. You use gold bars to buy new Fiends and to unlock a few things in the game.

Best Fiends is very fair here. There are so many ways to get free things in this game! You need to spend some time getting the stuff, but if you are willing to play daily, you will get a lot of things.

The Game Has Popup Spam

The game is annoying with its pop-up spam. The game tries hard to push you into buying the discounts and sales it gives you.

These pop-ups feel like the kind of sleazy tactics you would see in an annoying online website or TV infomercial. If you don’t buy this thing before this timer expires the deal is gone!

I am not saying developers doesn’t deserve to earn money, but this tactic comes off as forceful. I don’t like games that try to pressure you into buying things on sale in short periods of time.

You Need to Wait for Some Things

I wish mobile developers would stop trying to make money from players by making them wait for things. This games stamina system is quite fair when compared to other games, but the fact it exists is an annoyance still.

This game also makes you wait hours between certain events to complete them. I find this annoying as I wish I could play the game and complete events when I want to.

My Overall Thoughts on Best Fiends

Best Fiends is a very good game that looks and sounds great. The game is being tied down by its free to play nature but not so much that the game is not fun to play.

Do I Recommend Playing Best Fiends?

Will I Play Best Fiends in the Future?

Yes, I will keep on playing Best Fiends. I play the game often to keep up with all of the events.