There Is a Lot of Ants!

Prison Escape: Pin Puzzle is a game I saw on Swagbucks. I started to play it to get some easy points. Swagbucks is a neat website. I recommend it!

I am going to review the game and explain what I think about it. 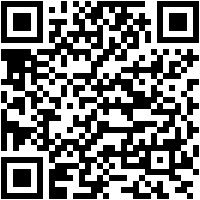 Since other people might be playing this game for swagbucks, I might as well give people an idea of what to expect.

How Long Have I Been Playing Prison Escape: Pin Puzzle?

I played the game for about a week. At the time of writing this review, I am on level 57.

Have you seen ads with puzzles that involve pulling pins and other nonsense? Prison Escape is the game you see in these ads.

The goal is to pull pins and solve puzzles. You have to do things in the right order to win the level. If you lose, you will have to play it again.

The Game Is OK. I Guess.

Prison Escape is not the type of game that I have too much to say about. The game works as expected, and it is OK to play.

It is slightly fun. I enjoyed myself playing the game. Sometimes.

I had to think about some of the puzzles. But lots of them had some pretty obvious solutions.

Much of the harder puzzles were difficult because of needing to get certain timing right instead of requiring much thought.

Hints Could Be Better

In Prison Escape, the hint button shows you how to beat the level. When I think of hints in puzzle games, I think of being told a step in the puzzle. But not the entire solution!

I feel these hints would be better if they are more subtle. Give advice and not the answer!

Puzzles Started to Feel the Same

After beating about 50 of them, I can say most of them look and feel about the same. Few new things get introduced.

But the game did add new elements and change the puzzles up enough that I did not hate playing the game.

What Is the Point of the Base Building?

The game has an extra base building area. But I don’t know why.

It doesn’t unlock anything or add much to the experience. You unlock all buildings very fast, and it only takes two days to unlock everything.

You get coins that you can use to unlock new character skins. But that is it.

You can remove this base building part of the game, and not much would change.

The only reason I even bother with this area is to get swagbucks. If you downloaded this game without knowing about that offer, it would become pointless very fast.

I guess our character is called Andy. As in the base building section, you can sometimes see the message “free Andy!”

The different skins are nice. Some of the character skins are inspired by other media and entertainment.

I suppose my biggest complaint is that no matter what skin you use, your character still moves the same way and doesn’t look that different.

A really huge nitpick. I think its odd how this character always crawls around.

Levels often have sections you need to duck and crawl to get around. But there are points where the character could stand up if they wanted to.

I suppose it make sense that you crawl around a lot in the game. But it makes your character look silly. They also move very slow. But the game does have a speed up button.

I am just saying if I was crawling around pipes and stuff, I would stand up if I had the chance. I won’t crawl around everywhere, that is for sure.

Nothing stands out but nothing sounds wrong either. Considering how some Android games I reviewed lately just didn’t have any sound have something at all is better than nothing at all.

I can always mute games that sound bad.

There is only one thing to buy in this game. You can pay a one-time cost to remove ads. I assume they remove all ads except ads that reward you. I don’t know as I won’t pay for this.

There is something interesting to note. The cost to remove ads on Android was $3 (USD). But the cost of iOS was $5 (USD).

I always figured iOS apps cost more money, and it seems they do.

I rarely pay to remove ads in a game I might not ever play again after a review. Prison Escape is one of those games.

You earn enough coins to unlock every single thing in the game. You can beat the whole game for free.

The game is about escaping prison. But the real prison is the ads the game shows you.

Listen. I won’t lie or pretend otherwise. I make money with the ads on my website. I don’t make enough to brag to anybody. But I make enough money that when I look at my Google AdSense account, I become mildly excited.

I can’t hate developers for trying to make good money with ads. I want to do that as well!

But once your game has so many ads, it slows the game to a crawl nobody can say this is a good balance.

The banner ads at the bottom of the game are OK. A lot of games do this, and while banner ads are always distracting, they don’t stop gameplay.

Ads after beating levels can be OK. If the frequency is fair.

But this game has ads after every single level. This many ads takes way from little enjoyment there is to be had playing a game like this.

You can also watch extra ads for more coins in the game. I wish more games focused on only rewarded ads. These feel nice because I get something.

Once really stings is if you lose a level and restart you also see ads. That seems very unfair. It feels as you are being punished for losing.

I suppose to be fair you can pay to remove ads. But for a game like this would you want to?

The only reason I played this game was to get some extra swagbucks. That about sums up my thoughts on the game. Once I get these swagbucks, I will quit this game.

Nothing about this game convinces me to play it anymore. While the game is not bad, there is not enough here to keep me entertained.

If I saw this game randomly on Google Play I may have downloaded it to review it. But I still would have quit after the review but faster this time.

If it was not for the massive amount of ads, I would have passed this off as an average Android game that is OK. But as is I can’t say I enjoyed my time too much.

Unless you are like me and playing it for swagbucks, then no. You won’t miss much by not playing this game.

I will play the game until I get enough coins in the game to get swagbucks credited to my account. Then I will delete the game.