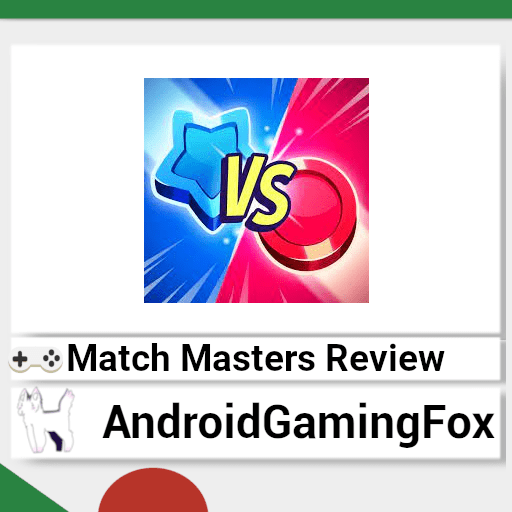 Losing Is Quite Fun Actually

Match Masters is another game I decided to play because it was an offer on Swagbucks.

I completed the offer and got my Swagbucks, and I enjoyed the game. I figured that was a good reason to write a review. 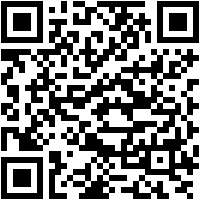 I thought it was a fun game, and I wanted to explain what I liked about the game.

How Long Have I Been Playing Match Masters?

I played the game for about a week. I was playing in the Crystal Cave area. My ranking score was 1167.

Match Masters is a match-3 game in the same style as Candy Crush Saga and other clone games like it.

You match three things to score points. You create and make powerups to score more points. If you combine powerups, you get different effects.

The game is styled as a competition. Every match is a round between you and another player. The person who scores the most points at the end of a match wins.

Before I get into the review, I like to state that I finally feel affirmed that my time spent playing hundreds of hours in match-3 games like Candy Crush is worth something!

The Game Is Fair

Match Masters is a fair competition. There is not much another player can do to get an edge over you other than make better matches.

The only thing that might give a player an extra chance of winning is the booster you pick to use in matches.

The rare boosters do nicer things. These more powerful boosters cost coins, and those cost money. But even with the nicer boosters you can still lose. So skill still is the deciding factor.

Because of the random element of match-3 games, some players have a better time than others due to luck.

But to get the most points and extra moves, you need to find the best matches and make them fast. Making good matches is something you can consistently try to do.

Also, keep in mind luck helps you out as well! People love to point out times they lost because other players were lucky. But people don’t seem to remember all the times luck helped them.

One could debate If a game like a match-3 is even suited for competition. But that would be a debate for another blog post.

If you want a play skilled-based match-3 game that is free and you have nothing to lose, then Match Masters is a good choice.

The Game Is Exiting!

The game does a very good job of making it feel like a competition. The crowd cheers when you create powerups.

I love the fast pace of the game. Even if the other player waits their whole time bank, a match still won’t take too long to finish.

While Match Masters is not different than most match-3 clones, the presentation is what makes the game feel so fun and exciting.

The game has a mechanic that gives you extra moves when you create powerups. Play well, and you get to play longer.

Sure, you can get lucky and create powerups without even trying. But this won’t happen too often. Make too many bad matches, and the game will end fast. You won’t score very many points.

The Different Arena Types Were Nice

As I moved up in the ranks, the types of arenas I played in changed. To score many points, you have to notice what changes.

For example, in one arena, there was a special match-three piece in the center. This piece slowly gains points until somebody matches it.

The Boosters Are Nice

The boosters you get to pick during matches are nice. At first, I thought maybe the boosters in the game would be annoying. But I think they are balanced well.

Some boosters are more helpful than others. I suppose this would always be the case in a competitive style game.

Some of the rare boosters do a lot of things to the point I wonder if they are a bit too good. I will have to play the game more often to know. I have not seen the more rare boosters used enough to know if I hate them or not.

To use a booster, you have to power it up by making matches. I think this is very fair. It is possible to use your booster more than somebody else, though from being slightly luckier.

Everybody gets the same free boosters. But to use other ones, you have to unlock them. If you are a new player, it will take a while before you have access to all boosters.

One thing I love about Match Masters is if you win a match, you get the booster you used back. Meaning if you win often, you don’t need to worry about running out.

Of course, this sucks if you are not having a good time at the game.

The Other Game Modes Are Nice

There are mini tournaments you can play in. I liked that this mode was more competitive. It seems as if better players focus on playing here.

There were also single player modes that played like normal match-three games. The goal was to get points in a round to get trophies.

Match Masters looks very good. The game is stylized as a game show. But outside of the tutorial, you don’t see much of this anymore.

The menus and options look nice, and nothing looks bad.

The game area looks like any other match-three game ever. But it looks good, and I don’t have any complaints.

The characters you get to pick to play are nice. But it would have been nice to see more customization options. Or even better, customize a character from a set of options.

The sounds and music in the game are nice. I felt they started to become a bit repetitive, but I suppose you can say that about any game you play for many hours.

I can’t say the music was memorable, but it wasn’t bad. I suppose I remember the main menu tune. It was nice.

To keep playing in matches, you need boosters. While you can wait for free boosters, some of these boosters cost coins.

To get more coins, you need to spend money to get them. But you can get coins for free in the game in a few ways.

While you can buy boosters with coins, some boosters cost money.

There is not that much of a distinction between these two options. In-app purchases that cost money tend to be more expensive.

If you want to use the more rare boosters, you need a lot of coins. But you don’t get enough coins to use these boosters often.

But if you are OK with whatever you get for free, you will get enough free booster to play the game semi-frequently without any issues.

You did get even some of the nicer boosters for free though, but again the game makes you wait.

The only annoying thing in the game is having to wait for free boosters.

Instead of making players wait for energy or lives you need boosters to play matches. You can’t start a match without one booster.

You either have to wait for free boosters or spend coins to get one.

My Overall Thoughts on Match Masters

I found myself enjoying Match Masters more than I thought I would. I like the competitive nature of the game, and it is a fun match there game to play.

The game is fair as you reasonably can get with its boosters. But I think some boosters are a tad bit unfair, maybe?

The game is not perfect, but it is one of the better mobile games I have played in quite a while.

I recommend Match Masters if you want to play match-3 games with other people. Match Masters might be a good game if you are very competitive as well.

Will I Keep Playing Match Masters?

I am undecided right now. I like playing the game as it’s fun to play with only a little time. But I already play plenty of single player match-3 games.