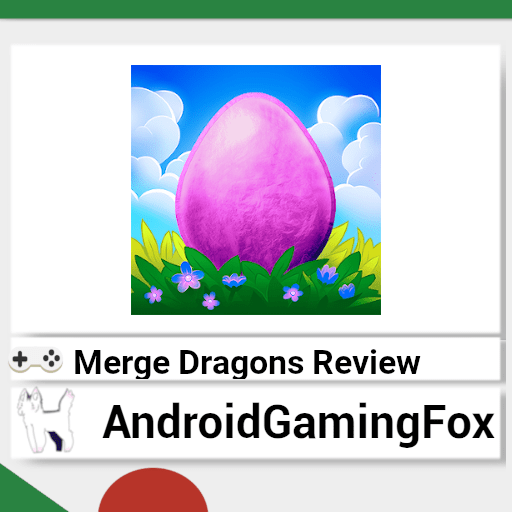 Merge Dragons is a mobile game I have heard of in the past. But I only recently decided to give the game a try.

I am going to explain why I played the game and what I thought about the game after playing it for a few weeks. 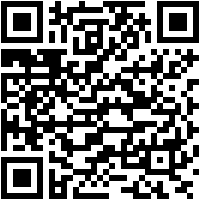 I first started to play the game to earn some Swagbucks. Recently I have focusing on completing game offers. As I saw some offers for the kinds of games I like to play.

I took too long to get paid Swagbucks. You had to get to a certain level in 2 weeks, and I did not focus on beating levels enough.

Since I played the game for two weeks I figured I might as well write a game review at this point.

How Long Have I Been Playing Merge Dragons?

Merge Dragons is a match-three game.

On levels, there are many various objects. You interact with these objects, and most of them can be matched or more accurately merged.

Every time you merge a group of objects, you get a new one. To beat the levels of the game, you often have to merge statues in the levels to win. But there are other win objectives.

But there are more than the levels in this game!

You have a permanent level that acts as your camp. This is the same kind of camp area you tend to see in hatching games similar to this.

You can also merge things here. You work your way through long merge chains by slowly working your way up by merging lesser valuable things.

The Levels Are Fun

The levels can be very simple. But I found myself enjoying them. The game changes things up enough that the levels don’t feel stale.

Most levels can be beaten by just waiting long enough. But merging objects is such a fun mechanic I did not care too much.

Making Progress in the Camp Is Fun

I found it fun to move things around and sort and store everything. You start with very little space. So as you progress in the game, you get extra space. You can merge and grow the things in your camp.

The tiny little life sprouts you start with will eventually become legendary trees.

I like this kind of progression in games. Making progress in Merge Dragons is very slow. But it feels nice to make progress growing things.

At one point, I just gave up and started merging everything possible just to save space. Thankfully I am at a point in the game I don’t have to do that much anymore.

To get more space, you need to merge and use life orbs. But doing that takes a lot of time. You also need dragon power to unlock areas to get rid of the dead zones as well.

If you are impatient, you could use every low level life orb as soon you as seen it. But using life orbs

that way won’t help too much. To really clear land, you have to save the life orbs up and merge them.

To drive home the point that you don’t have enough space, the game sells you what calls is premium land. These tiny islands don’t seem like much. But if you were desperate for space, they would help so much.

So earlier, I said I liked the progression of the game. Well, I should be more accurate. I like the idea of progression in games that are like this. But in practice, it ends up being very tedious.

I have already merged hundreds (I think anyway) of life flower seeds and sprouts. What did all of my effort get me? Three level nine life trees.

To get anywhere near the wonder (that is the highest item in a merge chain) would require me to get to level 18 in this chain.

I saw people in Reddit say they been playing the game for years, and they have not accomplished this.

I suppose if things were given too quickly, maybe that would cheapen the reward. But if it takes tens of thousands of merges to get the ultimate reward, I am not going to stress over this.

The merging in the levels feels more rewarding as you often make progress very fast.

The Extra Events in the Game Are Nice

Merge Dragons has some nice events and activities you can do. But some of these things require a lot of dragon power. That is a score based on how many dragons you have and how many points they are worth.

So I can’t report on everything. But from what I have seen, the events seem nice.

I feel the seasons are the nicer events.

The event maps are too time consuming for me. You are dumped into a huge map and expected to clear as much as you can in like three days. But when you are working on this, you can’t also play normal levels are work on your camp.

The Dragons in the Game Are Stupid

I can’t speak on the topic of making AI in video games. But these dragons love doing what I don’t want them to do. They frequently avoid doing optimal actions in favor of doing just about anything else.

Dragons will try to group up similar items when possible. Dragons seem to like repeating a certain task if it is helpful.

But sometimes, I will order a dragon to harvest from a particular life flower tree. They will do that. But then they will try to float off to do something else.

You can’t force a dragon to stick to doing a certain task. All you can do is watch them as if you are the most clingy supervisor ever. If you drag dragons on a thing over and over, they will keep doing it.

During levels this is not that big of a deal. Just tell them to stop doing the undesired thing and force them to do what you want. Problem solved.

But this plan doesn’t work well in the camp.

Most of the time low-level dragons only can do one action at a time before they demand a break. If only work in real life could be so nice.

Thankfully as you merge dragons, they can do more things. But you also end up with far too many dragons to want to micro-manage.

Eventually, I just gave up. I let my dragons fly off and do whatever they want. Because I can’t be bothered to manage over ten dragons.

At least the worst thing they can do is make a mess.

I like the artwork for the dragons and the eggs. The levels look nice as well.

Some of the dragons look silly, but most have neat designs.

The style reminds me of other dragon hatching games like Dragonvale, and overall it is a good presentation.

The game sounds nice. I would not say I love the music, but I don’t think it is bad either.

There is one interesting thing the game does with the music.

As long as you have one dragon active in camp, a bright and cheerful tune plays. But once all dragons are done working and sleeping, the music stops. You are then left alone in silence.

The Game Sells a Premium Currency

The premium currency in Merge Dragons is called dragon gems. You can use dragon gems for many things.

You earn some dragon gems by playing the game. But you can also buy them with real money.

Merge Dragons has seasonal events. During these events you can buy a upgrade that lets you get better rewards. This upgrade is called a royal pass. It would cost me $10 (USD) to buy this pass.

I assume this pass only lasts for the current season.

The Game Sells Extra Land to Use in Camp

There are extra floating islands you can buy four camp called premium land. My camp had two of these islands, and unlocking them would cost me $4 (USD) and $7 (USD).

When you buy one of these islands, it comes with a lot useful things on it.

You can earn dragon gems infrequently while playing the game. If you save gems in camp and merge them, you will eventually get a nice amount. So if you are patient, you can get plenty of dragon gems.

There is no way to get the premium land areas for free, though. You can play seasons without a royal pass. But you will miss some rewards.

I feel the game is mostly fair if you refuse to buy anything. But spending a small amount of money would give you a huge boost.

I am not sure if some events can be completed without using gems. Maybe if you spent all day doing them?

The game makes you wait a very long time to get another dragon chalice. The life timer in this game is one of the longest I have ever seen. It is very annoying.

My Overall Thoughts on Merge Dragons

I enjoyed playing Merge Dragons more than I thought I would. Both the camp area and levels are fun. The game is not perfect. I feel some of the issues are caused by greedy monetization.

But even with these negatives I enjoyed the game. I would say it is a good game.

If you love merge games, I would say Merge Dragons is a good one.

Will I Keep Playing Merge Dragons?

I will stop playing the game after I finish writing some content I have planned. The game is nice. But I don’t want to commit a lot of time to this kind of game anymore.

I am also still annoyed at not getting $60 (USD) from Swagbucks because I didn’t play the game enough.