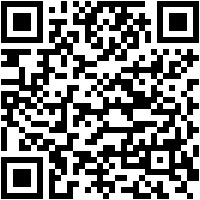 Information About This Review

I played this game for four days before writing this review. I downloaded the game months ago, but I only recently started to play it. I am on level 88, and I play the game on my Android smartphone.

I like solving the puzzles in this game. They are somewhat varied, and the game has many puzzles to solve.

Some of the levels feel pretty hard, but that is expected with puzzle games like this.

About in Game Events

The game has many events. It took many minutes to read and understand everything that was going on in this game.

I would say the game has too many events. I think the game could simplify these events and make them easier to understand.

On the bright side of things, these events are very rewarding when you can understand what is going on. I like that the game has a store that lets you save up currency and then buy lives and boosters when you want to.

I like how Angry Birds Blast looks. I love cute and colorful graphics like this. Also, Angry Birds are some of my favorite video game characters. The animations and match three pieces look good, as well.

I get that Angry Birds are angry, but they yell and scream a bit too much. After hearing these sounds so many times, I started to mute the game.

I am pretty mixed about the sounds in this game. Some are nice, and others are annoying.

The game has good music, though! I like the track that plays after you win levels. The rest of the music is decent, as well. The game changes the music for events, and that is also cool.

There are about the usual purchases here, and there is not much to say about the store in the game. You use coins to buy boosters and powerups.

The Game Has Semi-Frequent Popups

The game does have some popups and forced interactions. But this is only to teach you new things. The game had a lot to show me when I came back to playing it after a long time.

The Game Has Life Timers

There are the usual life timers. But in this game, you get a good chance to get extra lives. I cover this issue in every review, so I am going to keep this brief. Waiting for things is bad, and I don’t like it.

Angry Birds Blast is a fun game that looks good and sounds OK. The game is pretty decent as a free to play game.

Do I Recommend Angry Birds Blast?

If you match three games and Angry Birds, this game is a good match for you!

Will I Keep on Playing Angry Birds Blast?

No. Angry Birds Blast is a good game. But I don’t feel too compelled to play the game anymore. I like match three games a lot, but I was not too interested in this game.