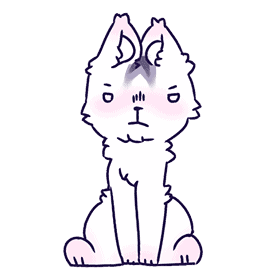 #1 Waiting for Things to Happen in Android Games

This is one of the things that annoy me the most about Android games. There is no fun in having to wait over an hour to keep on playing a game. I want to decide how long to play a game myself.

Often when people cite some of the worst Android games ever, they often consider games that make you wait a very long time.

#2 Showing Too Many Ads

Some Android games go way too overboard with ads. I don’t mind ads sometimes shown in menus and after long sessions of game play. But some games show full screen and video ads after every user action.

Not Having a Way to Get Rid of Ads

Another thing some developers do is show ads but then allow the user to turn them off for a cheap cost of like one to five dollars. I am also OK with this as well.

I rather pay a small fee and support then developer this way than to see many ads. As long this is a permanent transaction.

Ad Removal Is Not Permanent

I have seen some greedy developers offer the ability to remove ads but only for limited periods of time. Don’t make your game like Microsoft Solitaire. This game charges a monthly fee to remove ads.

#3 Charging a Subscription for Purchases

Some Android developers are starting to use subscription-based in-app purchase models. These models come off as predatory and unnecessary.

I wrote a good deal about this type of model in my Word Link and Hello Stars reviews.

Subscriptions Are Never Worth the Price

I can’t think of any mobile game so good I would spend money on a monthly basis. Developers would need to give the best deals ever for this to even begin to feel worthwhile.

Quick to Start Harder to Stop

The times I have seen this pay model in games they have a flashy buy now buttons with in-game currency visible. You must read the tiny fine print to learn all the details.

The only way to stop subscriptions like this is through Google Play on a certain menu.

Some developers spam every event, sale and in-game activity at users when they open the game or go back to menus. This starts to feel like spam, and it can be very annoying.

#5 Begging for Reviews Is Annoying

I find it annoying when I am still new to a game, and it is already begging for a five-star review. Hold on now! Give me some time to make up my mind.

I am going to review your game/application when I am ready. Showing in-game characters holding up five stars is not getting me to change my mind.

#5 Sending Too Many Notifications

Constant reminders to play a game are very annoying when these notifications have no real befit to them. This is why I now mute notifications from all games now unless I want to allow it to send them.

Why Life Timers in Mobile Games Are Annoying