Mergy is a game made by Guycorp Games. In this post, I will briefly explain how the game works and what I liked about it. How I Learned About Mergy

The developer contacted me by email. He told me he had heard about my Wark and Wimble post and also wanted a review. He wrote a very nice and detailed email explaining how the game worked.

I decided to write a post about Mergy. I normally don’t play idle style games. So I figured it would be a nice change of pace to try the game.

Mergy is an idle game. In idle games, if you stop playing you, still will make progress in the game. Some people call this incremental or clicker games as well.

In Mergy, your goal is to level up a hero character. As you progress in the game, you gain gold. You use this gold to level up your stats.

You also merge equipment to get better items.

The game has a leaderboard as well. So if you enjoy the game you can compete with other players.

What I think about Mergy

All Idle Games Remind Me of Progress Quest

I feel Mergy is very similar. Sure there are things to click on and interact with. But overall, you make most of the progress in the game by watching.

Making Progress Is Nice I Suppose

It was somewhat interesting to see the progress I was making. I suppose this could be fun for some people.

Having Ads Give Rewards Is Very Good

Being able to watch video ads to get more rewards and to get buffs is good. This is a way to make ad revenue without making the users angry. I wish more developers do this.

But Is Merging in Mergy Fun?

Recently there has been a trend in mobile games of merging things. I don’t know who started this trend, but it seems the developer wants to join in. that is my educated guess anyway.

Merging in Megy is sort of fun. The novelty of the idea did not stick for too long. It was fun to see what new items I would get, I suppose.

My Final Thoughts on Mergy

I don’t have strong feelings about the game. It doesn’t make me angry or disappointed, but I was not too excited to play it either.

The best thing about the game is how the developer is monetizing it. I respect them for not nagging players to death.

Mergy Is a Free Game to Play

If you like playing idle/clicker games, I suggest giving Mergy a try. The game is free, so it only costs time to see if you like it!

Where to Learn More About Mergy 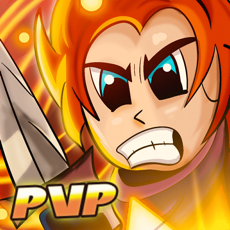