Wark and Wimble Is a Game Made by Porble Games.

Wark and Wimble is a puzzle game, and you solve puzzles by moving things around and feeding critters.

In this AndroidGamingFox Android game spotlight post, I am going to describe what the game is and what is good about it. How I Learned About Wark and Wimble

I was following Porble Games on Twitter for quite a while. I often read their tweets, and I was interested in the game.

I decided to download the game and play it.

What is Wark and Wimble?

I will borrow the description from the game’s website.

“In the forest live peculiar creatures called Porbles, who like to spend their days relaxing in the forest and chomping down on delicious food. But their world is changed forever by a mysterious army that invades their peaceful forest home. Two of the Porbles, Wark and Wimble, evade capture and must save the day by feeding abandoned hatchlings, liberating their comrades and sabotaging enemy bases.

Wark & Wimble is a simple but stylish and challenging puzzle game, with 81 puzzles across nine different worlds, and alot of character. “

I would describe Wark and Wimble as a fun puzzle game that requires some thought but feels fair.

The Game Is Very Fun

I did not get too far in Wark and Wimble. I was on world two and level six at the time of writing this post.

But I very much enjoyed playing the game. I like how the puzzles required some thought to solve.

Often the easiest and visible possible solution won’t work. The game forces you to think about all possible options to find the correct solution.

I often play match-three games. So it was a nice change of pace to play a different kind of puzzle game.

The developer describes the game as quite hard. I agree. But I also think the game is very fair. So with enough time, puzzles can be solved.

The Game Does Not Harshly Punish You for Mistakes

I like that the game does not make mistakes, and accidental deaths feel like something to dread.

While watching the character’s eyes get blasted off and drown might feel bad, the game lets you get right back into what you were doing before the death.

Without this, I think I might start to dislike the game. I hate how some games make you failing or dying a big fanfare. It starts to get annoying with time.

The game has a great art style. The look reminds me of Super Nintendo games. I don’t know if that was intentional or not. But it looks great.

I also like how things in the puzzles are quite large. Everything is easy to see, and you know what you need to use.

Wark and Wimble Screenshots Showing off the Various Levels

The Music Is Amazing!

I rarely think too much about mobile game music or sounds. The songs in mobile games often are forgettable and don’t have much going for them.

The music in Wark and Wimble is good enough that I wear headphones while playing the game.

The music fits the theme of each world very well. It is nice to see Porble Games cares this much about music in their games.

I went and listened to some of the songs in levels I have not reached yet, and it all sounds great!

Wark and Wimble Rarely Annoys You

Another great thing about this game is that it lets you have fun. I appreciate this developer respects you by not interrupting gameplay.

Sure there are ads. But they only show in menus and in between levels. I feel this is a nice comprise, and it is fair.

You can also make a one-time payment to remove all ads. I also think this is fair.

Wark and Wimble is a great example of how you can monetize your game without annoying players to death.

I often see posts in the Android Reddit subreddit from people asking for more simple games without many ads.

Wark and Wimble is a great candidate. Sure there are ads. But the game ticks all the other boxes of things people want in games.

I recommend anybody who loves puzzles and particularly likes harder puzzles play this game.

Other Ways to Play Wark and Wimble 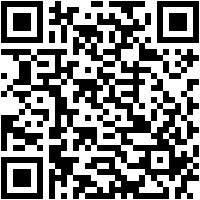 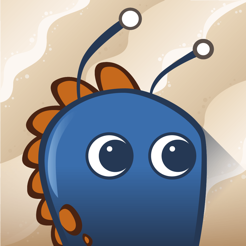 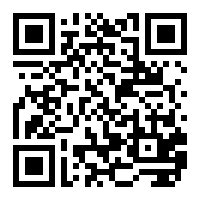