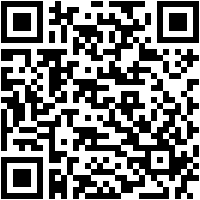 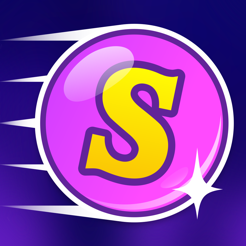 Well This Is Awkward

I am going to link the iOS App Store version. Just please note this was an Android game when I wrote about it!

Why Did I Review Spell Blitz?

I had some thoughts about Spell Blitz and I thought it would be great for my blog. AndroidGamingFox. I found this game while browsing Google Play. I played the game for about a month before the review.

How Did I Play Spell Blitz?

I play the game on my LG V20. I also have played the web version on Facebook. The game works well there, but the mouse controls don’t feel as good as touch controls.

How to Play Spell Blitz

Before the start of the round, you can enable powerups and boosters by spending coins. I will go into more detail about this later.

Each round lasts a minute and thirty seconds. The goal is to get the highest score you possibly can in this time. You do this by finding and playing words.

You connect words with your fingers (or mouse). As with almost all word games harder and longer words give more points.

By scoring words, you also have chances to match score multiplier letters. Doing this allows you to score more points.

Spell Blitz ends each round by showing your score. You then are placed on leaderboards. You see how you compare to all other players and your Facebook friends if you have any that play the game.

I have already seen a game with a system that seems suspiciously similar. Bejeweled Blitz works pretty much exactly the same except instead of finding words you are matching jewels.

I Think These Powerups and Boosters Are Unfair

While these game elements are flashy and honesty can be fun, they create an unfair competitive environment.

I could be one of the best word finders ever. But if people used enough boosters and powerups, I might never get a top score.

Sure I could use powerups as well to even things out. But now I have to spend coins. I might even need to buy coins. Of course, this is good for the game developers, and I know that is what they want.

Spell Blitz Is Pay to Win

A competitive game should be fair, and everybody needs to have the same exact start. The moment somebody can beat me by spending more money, even if only for a leaderboard that is pay to win.

For example, the system in Wordament is a perfect example of a fair competition based multiplayer word game.

The game rounds are fun and short. I like these types of games because I can play them as a mini-break while doing other things.

This is also what I call “One more round game”. As if I keep on playing even after insisting I will stop after playing one more time.

Everything feels and works nice. The game inputs respond as fast as expected. The game is fun even if you don’t care about your score or being the best.

This is how I mostly play the game myself. I don’t bother to use boosters or powerups most of the time.

The game looks nice enough. The letter tiles and game elements look nice. I like the book based theme the game has.

The game has an owl mascot that shows up in various places. He is somewhat cute. You can tap on the owl, and it will respond to you.

The sound effects are OK. I personally got tired of hearing the loud voice that shouts out things as you play the game. I like the other sounds though.

This game is one of the few games I have played that let you adjust the volume levels outside of turning them off. This seems very basic, but a lot of games don’t let you do this.

I ended up lowering the volume of the sounds a lot and muting the music. The music is OK. It is not bad, but I guess it is not the song I want to hear over and over again.

I love the little jingle that plays at the end of the round, though.

The Game Sells You Coins

The main thing you buy in this game is coins. You need the coins to keep on using boosters and powerups often. The prices seem similar to what I expect from mobile games. You the most coins by spending the most money.

The Game Sells You an AD Free Experience

You can also spend money to get an ad-free game. This would cost me $5 (USD). I think this is a bit pricey. You can buy some premium single player games for less than $5 (USD) on Google Play.

Spell Blitz is not a fair game if you refuse to spend money. People with more coins than you will score more points and do better on leaderboards than you do.

You can get some coins for free. The game gives a daily gift every day. You can watch videos to earn coins. You also earn a tiny amount of coins at the end of each round.

I suppose this makes things somewhat better, but it doesn’t change the fact that with free coins, you will run out. You then will have low scoring rounds because of this.

There are frequent ads. The game shows ads before and after you finish rounds of gameplay.

Spell Blitz is very fun to play but has many ads and the game is pay to win. Overall it is a pretty average word game. It is the pay to win mechanics that ruin an otherwise fun word game.

Word games are not complex to make, and there are many of them. So developers are going to need to do more to stand out to get a good score for me on a word game.

I do not recommend playing Spell Blitz. I think people should not support multiplayer games with pay to win models.

The one good thing about Spell Blitz is that you can play as much as you want. If unlimited gameplay is something you highly value in games, you might enjoy it.

Will I Keep on Playing Spell Blitz?

I will not play this game after this review. I do not like that people can score better than I can because they spend more coins.