Let’s All Be Rich!

Run Rich 3D is a game I found on Google Play. I decided to play the game to review it. 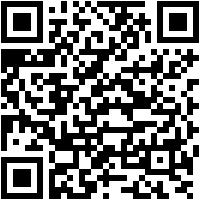 I decided to review this game mostly because of the name. What kind of name for a game is Run Rich 3D? I had to see this game for myself.

I also saw in a Reddit thread that the developer Voodoo is known for making bad games. I may review more of their games in the future.

Also, this game is a top-rated free-to-play game on Google Play.

The game is an auto-runner sort of game. Your character moves down a path.

Your goal is to pick up money and avoid touching things that lose you money. There are bandits and beer bottles that cause you to lose money.

You can also bump into slot machines and earn or lose money from gambling.

You get to choose from gates with some life choices on them. You have to pick what the game deems is the better life choice to earn money and avoid losing money.

After beating levels, you can also upgrade a house by spending the money you earn from playing levels.

Is This Really What Mobile Gaming Has Become?

I just don’t get a game like this. It is so simple and bland.

I will give the game some credit, though. In Run Rich 3D your choices matter, and you can win and lose.

The game became a little hard sometimes. If the character did not move so slow, I might even say I somewhat enjoyed myself.

But does Android gaming need another bland endless runner game? Like you couldn’t do more to make this game fun or interesting in some way?

Also, the game punished me for picking play games over going to college. I guess I won’t be running rich in 3D anytime soon.

The Game Locked Me in an Ad

Once after beating a level, I could not exit the ad. Nothing would progress, and I was stuck staring at an ad. This ad issue happened multiple times.

Upgrading the House Is Fun

I am a sucker for any kind of progression in games. So being able to upgrade a house is somewhat neat. I somewhat enjoyed how the upgrades changed how the house looked.

The game looks OK, I suppose. I feel the developer put in a little effort here. Compared to other bad games I have seen with 3D models, these at least look competent.

The character even has an idle animation, and she has multiple animations while moving. I think it is cute how she dances at the end of levels.

The items you pick up look somewhat neat as well. I like how they glow and are easy to see.

The whole idea of the game is a bit silly. As you gain money, you look richer. As you lose money, you start to look like a bum. The transformations look nice.

The sounds are OK, I suppose. There is no music in the game.

The sounds remind me of older arcade games. This game would have been a great game in 1985, I bet.

You can spend money to remove ads for $4 (USD). There are so many ads I can see why people might be tempted.

I would not recommend spending money on this game, though. The developer probably makes enough money from ad revenue.

You get to play the full game without interruptions other than ads.

I think I understand why the game is called Run Rich 3D now. You think that that describes the actions in the game.

But the game is called this because the developer is going to run rich (3D) to the bank.

I have never seen ads done in such a greedy way before. This is a completely new low for me in Android gaming.

First, there are constant banner ads. This is always annoying. They are so distracting.

The game showed video ads while I was playing the game! This is like the biggest Android gaming sin!

I am over here trying to enjoy your mildly bad game, and you are interrupting me multiple times in levels with video ads. These ads break any slight sliver of immersion I could have had with this game!

Most developers show video ads while moving around in menus. Or before starting and after finishing levels.

Also, the game does that as well. There are ads after doing just about every and anything!

Google thinks I love games like this now. I keep seeing ads for the same horrible looking games.

Run Rich 3D looks and sounds OK. The game could have been a mildly interesting but below average game.

But the game is very bland, and the developer is very greedy.

While I did praise how the game looks somewhat nice, that alone does not make a good game. There are far too many Android games to worry about this one.