Pull the Pin Review is an Android game I found on Google Play. I recently downloaded a group of games to review, and this game is one of them.

I am going to review the game and explain my thoughts on it. 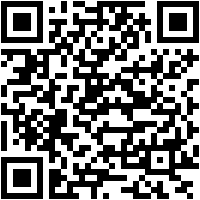 Why I Did I Review This Game?

I reviewed the game because I saw it on the list of top free games on Google Play. I wanted to see if the game was any good.

How Pull the Pin Works

Pull the Pin is a very simple game. You pull pins to drop balls into a basket.

The game gets harder by making you pull pins in certain orders and avoid bombs that explode all of the balls.

The Game Is a Bit Too Simple

Only a few levels felt like a challenge that required me to think about anything.

Most of them I solved in a few seconds.

I play puzzle games all of the time. So I probably am a bit biased here. But I felt the game was a tad bit too easy.

I had to lose levels on purpose to see what happened.

The Game Is Fun

Despite the game being a bit too easy, I enjoyed the simple premise. I should state that I don’t hate games for being simple. Some of my favorite games ever are pretty simple.

I did solve many levels at once because it was somewhat fun to see how new levels would get harder.

The game has a base-building area.

The area feels tacked out and different from the rest of the game. I know adding base-building elements in games right now is a trend. But not every game has to do it.

I suppose it works well, and it can be fun if you enjoy this.

The game looks nice enough. It is pretty simple looking, but there is not much to look at in levels.

I like that you can change the theme and look of levels. So if you get bored of the default styles, you can unlock more as you play the game.

The game has very basic sounds. At this point, I am happy to have heard sounds at all. The last few games I reviewed had no noises.

You can spend $4 (USD) to remove all ads in the game. I suppose this price is fair. The game is fair if you don’t spend any money.

There are banner ads at the bottom of the screen. These ads are always distracting. But in this game, they are small and out of the way. I suppose it is not too bad in this game.

The game also shows video ads after completing some levels. You don’t see ads after beating every level, though. I feel this is a fair number of ads to see.

Overall Thoughts on Pull the Pin

Pull the Pin is an average game. It works well, and I can’t say much bad about it. But nothing stands out while playing it. There are countless puzzle games just like this on Google Play.

Do I Recommend Playing Pull the Pin?

No. But the game is not the worst game you play.

Will I Keep Playing Pull the Pin After the Review?

No. I like to test puzzle games often. But I rarely will play them long-term as I already have a list of games I play often.