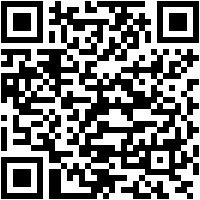 Why Did I Play Mirrors?

The developer of the game Mirrors contacted me. They asked me to write about the game so my blog viewers can learn about it.

I decided to write a review of the game as I wanted to see how good the game it is. I also wanted to help new developers by writing about their games.

How Did I Review Mirrors?

Overall the controls were great, and I had no complaints. At first, I thought I was having issues with the controls, but it turned out I did not know what I was doing.

You have to connect the dots on both screens so sometimes one screen will be missing dots the other screen has. So the game will stop you from drawing there.

It took me a bit of time to figure this out, but I don’t blame the game for this.

Each puzzle has dots on them. You need to connect the dots starting from one dot and ending on a specific dot. This sounds easy, but the game is not actually.

What makes Mirrors hard is you need to solve the puzzle on two different screens at the same time. You need to mirror your solution, and that is where the game’s name comes from.

At first, the puzzles were not too bad, but they quickly became quite difficult. Well, they were hard for me. I had a very hard time solving some of these puzzles. I couldn’t even beat all of the puzzles in world one.

Perhaps this kind of puzzles is not for me. Or maybe I needed to more time thinking about things.

The puzzles looked nice, and I feel like a lot of effort was put into them. I could not get to world two, so I am not sure if the game introduces anything major in these puzzles. But I am going to assume things get harder.

I Think the Game Could Use Some Hints

Right now in Mirrors, you can get extra moves in exchange for only beating levels with one star.

This did not really help me too much. As my issue was not running out of moves but just not knowing the path I needed to take.

I wonder if there could be some way to provide hints without giving the whole answer. Maybe show of the connections necessary to beat the level.

I know this is hard for developers sometimes as they want the game to be hard and challenging. But at the same time keep mind the people like me who get stuck on one level for like half a day.

Mirrors has a very simple style art style, and the game is made up of simple shapes like circles and lines. This style looks nice though so it works for me. I don’t have much to say about it though.

The one thing that would have been nice is for the game to have music or more sounds. I know not every Android game needs an amazing soundtrack, but I love video game music and sounds a lot!

This is a heavy personal bias, but sometimes music and game sounds make or breaks games for me. I can tell you who my favorite video game music composers are by name and what games they composed music for.

The sounds were OK, and there was nothing odd or that sounded weird. I tend to feel petty neutral about most sounds in video games having played so many.

I probably set the bar for good sound and music higher than most people though.

The only thing available to purchase in the game is the option to remove ads, and the price was OK.

It is 100% fair as the only thing to buy is removing ads.

At the time of this review, the game does nothing to annoy you.

Mirrors was a challenging and somewhat fun puzzle game. The game looks and sounds OK, and there are no issues I had with the game other than how hard the game was.

Do I Recommend People Play Mirrors?

Yes. I would recommend Mirrors to some people. If you don’t mind harder puzzles, then you may enjoy the game. Just keep mind the overall level of puzzles is somewhat low.

If you want to play a game that lets you have fun without roadblocks, or extra lives or anything like that then Mirrors is an option.

Will I Continue to Play Mirrors After This Review?

I will not play Mirrors after this review. I tend to favor familiarity over new things when it comes to puzzle games.