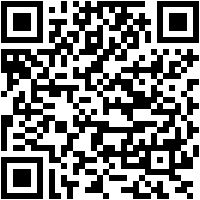 How Did I Find out About Meow Match?

Meow Match appeared in an ad while I was watching video ads in another game I was playing.

I liked how the game looked. So I decided to write a review of the game as I have some thoughts on it after playing it for a while.

Why Did I Play Meow Match?

I was curious to see if the game was any fun. Also I like the art style and the cats in the game.

How Did I Play Meow Match?

As with most of my Android game reviews, I played the game on my LG V20 Android Smartphone.

How Long Did I Play the Game?

I played the game for a few weeks. I played until I reached level 120 and I was in the third area. This area is called the Oasis.

Quick Summary of How to Play Meow Match

Meow Match is a match three game. You move puzzle pieces to clear things from the game area. Each level has a goal for you to solve and you have a limited number of moves.

When you beat levels, you collect fish. You use fish to help cats fix up various locations.

I am going to call the fish stars. As that is what they represent and what other similar games use.

This Is a Game of Fixing Things

The main story of the game is about how you travel around the world and decorate and fix up locations. When you beat levels, you collect stars. You then use these stars to complete tasks. As with most games like this, the tasks require more stars and progress in the game.

I Did Not Pay Attention to the Story in the Game

I have played other games based on fixing and restoring areas. Eventually, the goals become boring.

Being told to complete what amounts to chores and yard work eventually becomes less exciting over time.

I did not think too much about spending the stars. I collected them and completed the tasks as an afterthought.

What Kind of Match Three Game Is Meow Match?

This game has an alternative style to match three games I tend to see in another similar fix-it games. This is slightly different than the traditional match three game play you would see in a game like Candy Crush Saga.

Gardenscapes is the first type of game I have seen use this match three style. Also, I have noticed some similar match three games do about the same thing.

The Differences in This Type of Match Three Game

The game has multiple level types as most match three games. There are a lot of the same level types you see in other similar fix-it up games. Find the statues, Drop something to the bottom of the level, etc.

There was nothing extraordinarily different but that is OK. The game had enough variety for me to have fun.

The game frequently holds events, and I have seen some seasonal events as well. These are nice in games as it gives you another reason to play other than beating new levels.

In fact, I enjoyed playing in these events more than collecting stars.

Some of the events have leagues as well.  You move up and down in leagues based on your performance in event leaderboards.

I tend to not be ultra competitive in these types of events. Because even if I wanted to, there is always Ilovecats373 that somehow beats 200 levels in three days.

Interacting with the Cats

You can also interact with the cats. They can talk to you, and they give orders frequently. In fact, they are quite bossy. The cats will also walk around say random things occasionally.

There are also cat puns. Look up Busby the Bobcat on YouTube later. Now that is a cat who knows his puns. But finish reading this review first before you go down that rabbit hole. You might be there a while.

You can pet the cats. They purr and seem quite happy. I never knew how big a deal being able to pet the animals was for some people. But I suppose it is a neat feature.

You can also do some tasks with the cats in the game. Like give them toys, trim their nails, etc. Doing this raises a happiness bar. If you fill it up, you get in-game rewards.

Also, the way the cat purrs and looks happy after having its nails trimmed is quite confusing to me.

This is not what happened when two veterinary assistants tried to trim my cat’s nails. You can also dress up some of the cats and give them outfits.

What Do the Cats in Meow Match Look Like?

The cats have oversized heads and huge eyes. I like to look at their expressions as you play levels. After the start of every level, a cat walks in and starts to do cat things in their little corner of the game area.

When you are about the lose a level they look concerned and cover their eyes. I liked that nice extra tiny detail in the game.

The game has a bright and colorful style. The match three pieces are things cats would like. I like this detail as it matches the theme of the game well.

The Game Has Good Music

The main song in the game is quite good. I love instrumental music, and this is the kind of music I love to see in Android games.

The songs in the game are different variations of the same song. But I don’t dislike this as long the main theme is unique.

The Music Changes While Playing Levels

One thing this game does that is quite interesting is that the current song changes depending on far you get into levels.

This is something I wish more games would do as it adds an extra layer of uniqueness to the game. I have only seen one other game do this before.

Meow Match has an in-game store like almost all free to play games. Therefore there is about what I would expect for sale in it.

You can buy in-game currency to buy powerups and boosters. You can also spend coins to continue levels if you lose.

The game is very fair. There are multiple ways to get in-game currency and gifts for just playing the game. In fact, this game is quite generous.

For the most part, I have gotten enough freebies to get to where I am level wise without any issue. Also, right now, I have stockpiled coins because I did not need to spend any.

You Need to Wait for Extra Lives

First, the game only lets you have three extra lives instead of five as most games have. I am not sure why the game does this, but it feels a bit greedy. Also, the game makes you wait 30 minutes to regain an extra life.

This is quite long compared to similar games. Regularly match three games have 15 to 20 minute timers. But of course, having timers like this at all is very annoying.

You can spend in-game currency to get extra lives. Because of these business practices, some people refuse to consider Android games “real” games.

While I understand developers want to make money for their time, I think there has to be a better way.

The game does give you free unlimited lives somewhat often, and you can get lives back by watching ads. At least this makes things feel somewhat fairer.

The Game Has Ads

The game somewhat frequently shows ads in between levels. I am somewhat more forgiving towards ads that don’t interrupt me when having fun and show after beating levels are before starting them.

Watching ads are always going to be a buzzkill though.

You can pay money to get rid of ads by buying some in game currency.

Meow Match is a fun game with cute cats and decent music. I enjoyed Meow Match despite the free to play annoyances.

Do I Recommend Playing Meow Match?

If you enjoy playing match three games and love cats then yes I recommend playing Meow Match. Meow Match will not have anything in it that will change your mind if you don’t like these kinds of puzzle games though.

Will I Keep Playing Meow Match?

I recently started to play the game again because I thought about how much I enjoyed playing it and the fact that the game did so many things well.