Match Ball 3D is a match-three game I found and played recently. I am going to review this game and explain what I think about it after playing it.

I played the game to complete an offer on Swagbucks. Right now, this is the main reason for trying new mobile games. I get to try a new game and make a few dollars. 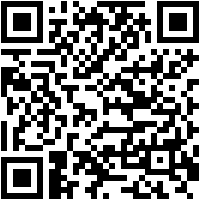 I figured I should write a review since I played the game. I probably will write reviews for most of the game offers I complete on Swagbucks.

How Long Have I Been Playing Match Ball 3D?

I played the game for about a week. I was on level 64 when I stopped playing it.

Each level is a giant pile of stuff. The goal is to tap on things and make matches to clear all of the stuff away.

Levels are timed, and you have to beat the level before you run out of time.

Harder levels have more things in them, and you have less time to win.

Sometimes things are too close together. I accidentally tapped on things I did not want to.

It is hard to tap things hiding behind other things as well.

To be fair, the game gives you more than enough slots to hold items. You only need to match three pieces. But you can hold seven of them.

I feel this is a needed mechanic. I would become very frustrated.

The Game Has Balancing Issues

The game starts easy enough. But as you beat levels, the game throws more junk at you, and all the stuff becomes a giant compressed mess.

The game also likes to have items that look similar and are not.

The game only gives you a few minutes to beat each level. Eventually panic sets in, and I start wildly trying to find matches.

The game has powerups and boosters like most match-three games you can use to make things easier.

Once you start using powerups and boosters, the game is not a challenge at all. But in my mind, what is the fun of that? I want to make matches in the match-three game.

I would rather have played a 100% skill-based game where you can beat the levels without any of thay.

I get the impression the game was not balanced for you to win without using powerups or boosters.

If you lose, sometimes you watch an ad to get extra time. That pretty much removes all tension from losing.

At first I was only playing the game to get Swagbucks. So I would play at whatever rate I wanted. If I ran out of time, I watch ads until I won the level I was on.

If you have to balance your game by giving people extra time after they lose, then maybe you didn’t give people enough time.

Or maybe I am just bad at the game. I will admit that is a possibility.

Either way I felt the game was a bit too hard, and almost every level I played needed more time.

Again I rather of been given enough time to find everything without needing to rely on powerups and boosters.

Wordament is one of my favorite puzzle games. Because in Wordamaent, only people who find more words do better.

Wordmaent doesn’t even give you hints or anything. Find words or not, and then be shamed at the end when you see how bad you are on the leaderboard.

I know not every game needs to be like Wordament. But I wish more games were like it.

One good thing about Match Ball 3D is that the developers added an option to turn off hints.

I wrote a post where I explained why I think forced hints in games are annoying. I appreciate that I am given the option to turn this off.

The game looks nice enough. Match Ball 3D has a very simplistic 3D style. But since it is a game of a bunch of stuff, I suppose this looks works well.

My only complaint is that some of the things start to look a bit too similar.

I know this is a lot to ask, but some kind of high contrast or accessibility mode where things looked more clearly different would have been nice. But I suppose that also changes the balance of the game.

I mostly played the game at work or on the bus. So I did not listen to the sounds much. They are OK, though.

The game has a currency you can use to buy things. You spend real money to buy these coins.

The game is somewhat fair. If you want to beat levels often, you need to use boosters and powerups.

The game gives them out for free enough I never felt the need to buy any.

You do need powerups and boosters for harder levels. Unless you can tap and find things very fast, some levels will seem impossible without using powerups or watching ads to continue.

The Game Shows a Lot of Ads

I will never complain about optional ads. In some games, it feels like you have to watch ads to make progress. But watching optional ads still is a choice you make.

But this game does something I hate. The game interrupts your game and forces you to watch ads while playing levels!

Ads like this are very jarring, and it is so distracting. I often have to spend a few seconds afterward remembering what I was doing.

I make money with ads. I am now reaching the point where I look at my monthly ad earnings, and it is enough for me to care and start to feel invested.

But there are better ways to force players to watch ads than to randomly interrupt when players are trying to beat levels.

There is no warning to these ads wither. You could be going to tap something and then boom. Now you are watching an ad about TikTok.

Please developers. Try to think of the players’ enjoyment. I know some people hate all ads.

So to these players, it doesn’t matter where or how you do it.

But I know if you stick to you showing ads before and after levels, you will annoy fewer people. How much of a difference this makes, I can’t say. But I am sure it would make me less annoyed.

I don’t care if games have ads. I started playing mobile games with ads because I was young and I did have a way to spend money online or any to spend.

I do now out of apathy, and I am used to playing free-to-play mobile games.

But even I have my limits. If it was not playing this silly game for $6 (USD), I would have quit and deleted it right away.

The Game Has a Life Timer

Like most mobile games, Match Ball 3D has a life timer. If you lose enough times, you will have to wait in real-time to get your lives back.

The game lets you hold five extra lives, and the life timer is around 25 – 30 minutes long.

Life timers are always annoying. Though in this game, if you watch ads, you can avoid losing. So suppose you would not lose lives too often.

Match-Ball 3D is a somewhat fun game. But game-interrupting ads ruin the experience. The game also feels like it was designed for players to spend coins often.

At best, this could have been a fun game that is average. The game works well enough, and it is slightly fun.

But I can’t say I enjoyed the game that much. I did think the game was fun. But there are countless games that are fun enough around tapping on stuff. There are too many mobile games, and a lot of games are fun in some basic way.

I have reached a point in my life where a game needs to be more than just fun. They need to be good games or at least better than the rest to hold my attention. Match Ball 3D is just not it.

No. I recommend finding another game based on tapping on things.