How to Get Free Games With Google Opinion Rewards

I rarely spend any money from my bank account on Google Play. But I still buy and pay for apps semi-often. How do I do this?

I bought most of the games I own on Google Play by taking surveys with Google Opinion Rewards.

In this post, I will explain what Google Opinion Rewards is. I will also explain how to earn gift card funds using it.

I have been using Google Opinion Rewards since 2014, and I love it! 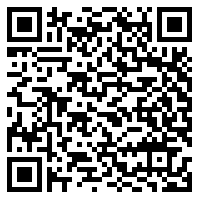 First, if you value privacy above everything else, stay away!

Google Opinion Rewards works by giving data to Google. If the thought of this makes you uncomfortable, then you will not like this app!

Some people may value their privacy more than dollars to spend on apps. I long ago lost any thoughts of caring about this sort of thing.

Google Opinion Rewards Might Not Be Available in Your Country

If the app is not available in your country, I can’t help. Sorry.

I feel iOS users get a better deal. I like gift cards, but money has more uses.

It is a shame Google won’t give Android users the option. This only fuels the fire of the Google makes better iOS apps than it does for Android sentiment.

You answer surveys and respond to questions. There is only one rule that matters. Never lie!

You earn gift cards (or money if you have iOS) after completing most surveys.

The reward you get from surveys varies. The highest reward I ever got from a survey was $1 (USD).

Don’t expect to get Google Play rich using this app. But with enough time, you should earn enough gift funds to buy several apps.

The Kinds of Surveys You Get

First, you will need to answer some demographic surveys. Doing all of them will lead to you getting reward surveys.

Often I am asked about places I went to and how I paid for things. Sometimes the app asks to see a receipt.

I often say no as I throw all of mine away. As far I can tell there, is no difference in earnings between saying no or yes.

I frequently get surveys asking if I have been somewhere.

According to Reddit user pmmucsd, Google uses these types of surveys to test and improve location data.

We use many of these location based surveys to improve our maps products.

I sometimes get surveys asking me things about Google Search, YouTube, and other Google related products.

There Will Be Trick and Test Questions

As long as you pay attention and answer honestly, you should be fine.

The Google Play Gift Card Rewards Expire After a Year

One of the most annoying things about the Google Opinion Rewards app is that each reward counts as a separate gift card.

Each of these micro gift cards expires after a year of you earning them.

Any accrued rewards expire 1 year from the date of credit.

So while you can save gift card funds for a while, you will need to buy something before the funds expire!

I find this to be quite disappointing. You can save Amazon gift cards forever! These gift card funds never expire.

You can check the next date your oldest Google Play gift card funds expire in two places.

Since I have started using the app, I have completed 362 surveys and earned $83.69 (USD) in Google Play gift card funds.

Not a lot of money. But seeing how I often used the funds for in-app purchases in games, I would say it was worth it.

At the time of writing this blog post, I had $7.93 (USD) gift card funds. I am trying to decide what to buy next.

The most valuable thing I purchased was Nova Launcher Prime. I use this app on every Android device since buying it.

The Materialistik icon pack is a close second. This icon pack is still one of my favorites, and I use it often. 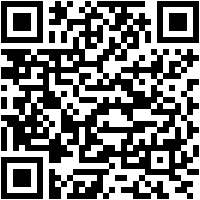