Candy Crush Jelly Saga is the third Candy Crush game. I am going to review the game and explain what I think about it. 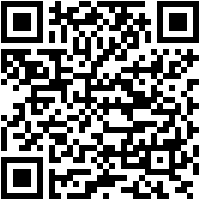 I decided to review Candy Crush Jelly Saga because it is the only Candy Crush game I have not reviewed.

I have played the game for quite a while, but I only recently started to play more often for this review.

At the time of writing this review I was on level 107.

The whole concept of Candy Crush Jelly Saga is based on jelly levels found in Candy Crush Soda Saga.

The level goals are very similar, and all the match-three mechanics are the same. There are a few new level types, though.

If you have played another Candy Crush game, you pretty much know what to expect. You make matches with Candies to solve puzzles and beat levels.

The VS Levels Are Interesting

The one thing Candy Crush Jelly Saga does differently is the VS levels. In these levels, you play against CPU opponents. They try to stop you by making matches of their own.

This mode sounds cool, but in the end, the CPU feels more like an extra annoyance than another player trying to beat you.

When I first saw this concept, I thought it would be cool to be able to play against real players doing something similar.

The VS Player Events

Then I found out at some point the game added levels that allow you to play against players!

It is very fun to strategize against other players and to use powers against them.

I wish King would make a whole game out of this idea. I think I would enjoy a multi-player Candy Crush game.

I feel this game is a bit too similar to Candy Crush Soda Saga to be a unique game. I feel King could combine both games and it end result would be about the same.

I suppose if you really enjoy Candy Crush games it is nice to have another to play.

The events found in the game are somewhat nice. One thing King does well gives players extra reasons to play the game other than just beating levels.

Most King games look nice and well designed. Candy Crush Jelly Saga does as well. The look and animation of the game is about the same as Candy Crush Soda Saga. Both games look good.

The game sounds OK. The sounds in Candy Crush games after Candy Crush Soda Saga started to become a bit bland to me.

I suppose this is the result of having played four Candy Crush games by this point.

Candy Crush Jelly Saga sells gold bars. You use gold bars to do many helpful things in the game.

Is This Game Fair to Players Who Don’t Spend Money?

Without using gold, you might get stuck on some levels for a long time. But you should be able to beat all levels eventually with enough tries.

The game also has events that give you free thins as well.

The game has a life timer. Another match-three game even more waiting.

The game is somewhat annoying with trying to get you to buy things. This is how most King games are.

Candy Crush Jelly Saga is a well-made game, but it just feels more of the same. At least the future Candy Crush Friends Saga tried something new.

I can’t say Candy Crush Jelly Saga adds enough to be worth playing as a separate game. But there is nothing to be disappointed or angry about in the game.

No. I would play any of the other three Candy Crush Saga games before this one.

The Candy Crush games are about the same, though. So I suppose if you like any of the games you might want to play all of them.

Will I Keep Playing This Candy Crush Soda Saga?

I will play Candy Crush Jelly to write some game guides and blog posts for my website. Once I have used the game to write the content I need to, I will delete it.