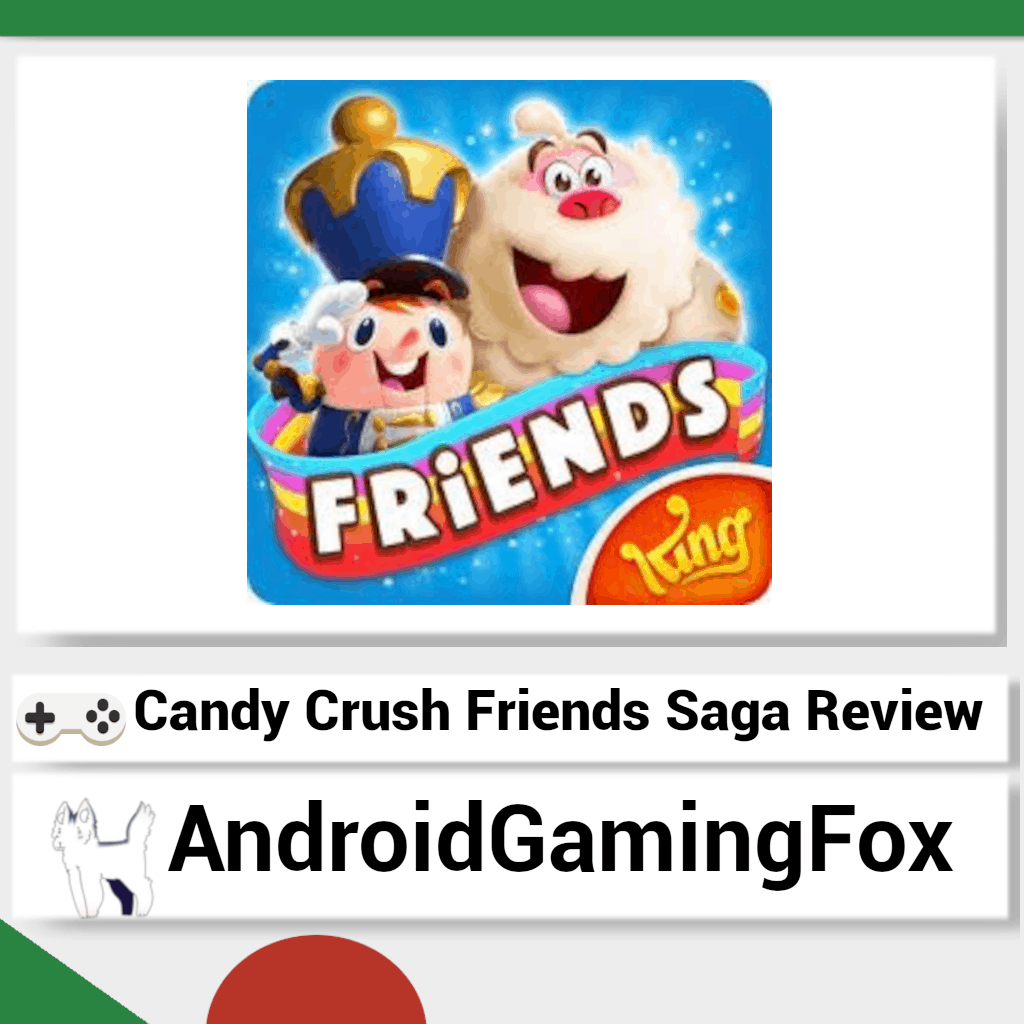 I played Candy Crush Friends Saga on and off for about a week or so, and I played until level 69. Like with my other reviews, I played this game on my LG V20 Android smartphone.

I decided to review this game because I had plenty of thoughts about it.

What Kind of Game Is Candy Crush Friends Saga?

Candy Crush Friends Saga is a match three game. You need to beat each level in a certain number of moves. Each level also has a goal you need to complete.

What is different in Candy Crush Friends Saga?

So if you did not like any previous Candy Crush game, I see no reason why you will like this version over those ones.

How Does the Game Feel?

Everything works as expected and the game feels very fluid and fast. The game has multiple game modes. There is nothing groundbreaking new but the game modes in this game are different than previous games.

Some Levels Are Too Hard

My biggest complaint is the randomness of how difficult levels are. Some levels are very easy, and some levels are insanely hard. The game does feel like it has a progression to it. It is slow though, because of the many levels.

I suppose trying to balance hundreds and eventually, thousands of levels is no easy task though.

There Is No Story

Despite having saga in the game don’t expect a story or any plot resolution. The goal of the game is beat as many levels as possible. If you beat them all, you need to wait for more levels.

Who Are the Friends in the Game?

You may be wondering about the friends in Candy Crush Friends Saga. Well, those friends are not referring to actual people you know.

At the start of each level, a friend joins you. If you match your friend’s favorite candy, you get a bonus power-up. This idea is neat, as it is quite different.

The New Look Is OK

The 3D models look OK for a mobile game. I can’t say I prefer them over the art style in older Candy Crush Saga Games. The characters are goofy and bouncing around the screen.

This is a bit too goofy and cute for me but whatever.

The Game Looks OK I Suppose

The actual game playing area looks pretty much the same as the previous game, and it looks nice. Everything was fast and fluid on my phone.

I dislike match three games that feel slow or force me to wait to watch animations finish.

The Sounds Are Average

If I can play a game with the music and sounds muted and feel like I get the same experience, then they don’t exactly impress me. That is how I feel about the sounds in this game.

The King of Microtransactions

You do not need to spend money on any King game. Yet they make lots of money every day. The reason why is because of microtransactions. In this game, you can buy a currency (gold bars) and pay for many things.

While you don’t need to spend money, King built Candy Crush Friends Saga for people to spend money. I recommend not spending money on this game.

If you feel the game is too hard, I would recommend not playing anymore.

The game is somewhat fair. Some harder levels might take many tries without some help. I suppose it is fair enough if you are patient.

Things That You Can Buy in the Game

There the usual purchases you would expect. You can buy currency for powerups, boosters, to continue levels after you lose.

The most annoying thing in this game is having to wait to get your lives back. In this game, you must wait 30 minutes to get a life back. This wait time is high compared to other free to play games.

Candy Crush Friends Saga would have been an average game at best. But due to some annoyances and common free to play practices the game is pretty weak.

So being an average game is not enough. There are far too many options to bother playing every game that is OK.

I would only recommend Candy Crush Friends Saga to people who love all Candy Crush games and King games in general. For most people, there are more fun match three games to play.

I will not continue to play Candy Crush Friends Saga after the review. While the game is somewhat fun, I don’t see a reason play it anymore.