Arrow Fest is an Android game I saw on Google Play. I am going to explain how bad this game is and why the game is bad. I don’t do surprises. 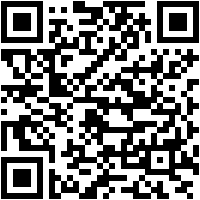 Why I Decided to Review Arrow Fest

I saw the game as the number one free-to-play game on Google Play (at the time of this review). I was curious to see why.

I have had past experiences where the top ten free games on Google Play are not as good as the list would lead you to assume.

How Did I Review Arrow Fest?

I played the game on my aging LG V20. I only use the phone for Android game reviews now.

In Arrow Fest, you control a bundle of arrows. You move left and right by swiping the screen. The goal is to get to the end of the level without running out of arrows.

As you move down the level, you need to move over number gates. These gates can do multiple mathematical operations.

You need to think about what gate to choose. So you don’t run out of arrows.

The game shows you a few splash screens and then immediately dumps you into level 1. No title screen, instructions, tutorials. Just Arrow Fest.

Arrow Fest Is Hardly a Game

I have played better mini-games in other games than the gameplay found in Arrow Fest.

This game reminds me of something you might have seen in 2004 on a flash games website. But even back then, there were better games than this.

I would even go as far as to dare to say Arrow Fest is on thin ice when it comes to being a game at all.

Sure there is gameplay. You can win and you and lose. But just fulfilling those requirements does not make a fun game. That is the important distinction.

Arrow Fest is so basic. I had to make as many bad decisions as I could to lose the game. Even while trying to lose on purpose, I still won sometimes anyway.

Once I started a level, then put my phone down. I did not make a single move, and I still won the level.

Arrow Fest is a game that is so basic that you can win by doing nothing at all.

It seems as if anything you do in the game is pointless. Your decisions don’t change the outcome of a level much good or bad.

There is no music. The sounds are so forgettable I don’t even remember what they were. Arrow Fest is a game that plays the same muted.

The game lets you pay money to remove ads. This purchase is $3 (USD).

The price is a bit high. Seeing how boring the game is.

The game is fair if you don’t want to spend money on anything. The game plays itself.

There are banner ads visible at all times. I hate this so much.

There are also video ads sometimes before starting levels. These ads are not as bad as banner ads. But video ads still can be annoying.

My Overall Thoughts On Arrow Fest

Arrow Fest looks like something you program in a tutorial while learning to make games. There are so many games on Google Play and yet this is the number one free game?

Arrow Fest is the first game to earn a one-star review score on AndroidGamingFox!

Will I Keep Playing Arrow Fest?

I already deleted the game.