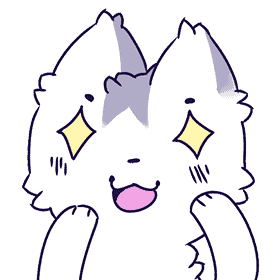 I Did a Lot of Things in February on AndroidGamingFox

I edited every single AndroidGamingFox blog post I wrote this month. That is not as exciting as writing content I suppose, but I wanted everything to look nice.

My strategy for my blog is to write posts that get online searches. So, when people do find my posts, I want readers to be satisfied.

I started a new series of posts called Quick Question Posts. These are short questions I answer to questions I discover online about the games I play.

While I plan on focusing on writing longer content for my blog, I will write these occasionally. These are for topics I want to cover that would be too short for a longer form guide.

I am not doing this anymore.

There are no other game guides I have planned, but I am considering other games to write guides for.

I Have a Game to Review

I recently was contacted by a developer about a game. They sent an informative email and I am very interested in reviewing this game.

No Other Reviews Planned

I probably will not review any new games other than the one planned in March.

Considering Reaching out to Developers to Play Their Games

One thing I am considering doing is reaching out to developers on Twitter and finding games to write about that way.

I had planned on waiting until my website got a bit more popular first though. I might do a few to see how it goes anyway.

Also, this is very early to announce this, but I might as well. I have started a YouTube channel for my blog. I also plan on doing some video reviews of games to go alongside my written work.

So far, the video editing process has been quite difficult. I am still working on my first video. But I do plan on releasing it by the end of March.

Just don’t expect videos frequently from me. I still consider myself a writer first. But I know these days bigger blogs have both written and video content. So, I am trying to keep up.

A quick reminder that I tweet often. I am starting to tweet daily, and things have been quite exciting for me on Twitter this past week.