This Game Is Quite Silly

Affairs 3D: Silly Secrets is an Android game I found on Google Play.

I just had to understand what this game is. So I reviewed it. 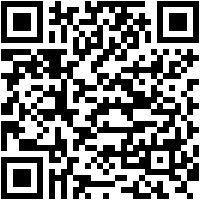 I wanted to understand why the game had such an odd name. Also, the game icon is quite silly as well.

I also guessed that the game is going to be bad, and I wanted to see if this is true.

Also, I downloaded this game and about five other games in a group to play and write reviews on.

I played the game on my phone for about 30 minutes.

The entire game is based on the premise of cheating and catching others cheating.

If you have heard of the Jerry Springer show or the Maury show, this game is both of those combined with some other things thrown in.

If you are fortunate enough to have never heard of either of these shows, then good for you! Both shows are based on the idea of catching other people cheating and lying about relationships. Both shows are pure concentrated drama.

Affairs 3D: Silly Secrets is a variety game. Each level is a different situation. There are many of these levels in the game. After beating most of these levels once, they started to repeat.

Each level or situation is pretty simple. You can lose levels. But since the game lets you skip ahead, it doesn’t matter too much if you lose or win.

The Game Delivers on the Premise

The game lives up to the name. The game is a bunch of silly drama related to relationships and affairs.

I don’t like the game. But I will give credit to the developer for putting in some effort into making the game.

The Game Has Many Situations

If there were only about two or three levels repeated forever, I would have gotten bored much quicker.

But because there were so many level types, I kept playing because I wanted to see all of them.

Here are some of the levels I remember.

The game looks OK, I suppose. I like that the characters in the game are animated. They move around and do things while idle.

There is no sound in this game. There are no sound controls either.

I don’t understand why so many bad games just don’t have audio. I get that sounds are hard. But surely audio in a game like this would make it a lot more interesting?

There is nothing to buy in the game. The game is fair if you don’t spend money.

You know what is not silly? Ad revenue.

The game has banner ads and video ads after every level.

Seeing so many ads started to be a buzzkill. It is hard to enjoy your silly game when I get annoyed with ads every 15 seconds.

I suppose this is expected in games like this now.

Affairs 3D: Silly Secrets lives up to the name. Like most things drama-related, it holds your attention.

If the game was a bit more polished, it could get away with being an average Android game. But the game is a bit too basic, and there is no sound.

No. Watch some Jerry Springer or Maury clips on YouTube. You will be entertained about as much as playing this game.

Will I Keep On Playing Affairs 3D: Silly Secrets?