Advance Wars Needs to Be an Android Game

Advance Wars is one of my favorite video game series. Back when I had a Gameboy Advance and then a Nintendo DS, I played the games often.

As far as I am concerned, Intelligent Systems is known for Advance Wars.

I have wanted to play Advance Wars on Android phones for a long time.

In this post, I will explain why I desperately want to play Advance Wars on Android phones.

What Is Advance Wars?

So a quick overview of Advance Wars. Advance Wars is a turn-based game, and you control and build an army to beat another player (or a CPU opponent).

The game reminds me of chess in that there are many different units with different movements and advantages.

For example, shooting a tank with infantry machine guns sucks. But you can do it anyway and see what happens.

There were Wars games before the Gameboy Advance. I did not know this until very recently.

Won’t spoil the plot (not like there is much to spoil). In the main three games, you fight Black Hole. They are pretty much generic evil space dudes.

The cast of characters remains the same for the most part, but each game adds new ones.

There is also the fourth game, Advance Wars Days of Ruin.

It has new characters and a new plot. The game also tries to balance some of the more quirky parts of the older games.

I still feel very mixed about Advance Wars Days of Ruin. I did not like it much at first. The game seemed much harder, and I could not beat some of the levels.

When I say I want to see more Advance Wars, I want more of the first three games. I don’t have nostalgia for Days of Ruin.

Reasons Advance Wars Would Be a Good Android Game

Not much would need to be changed for the game to work on Android devices.

Nintendo Is Already Mobilizing Some of Their Games

Nintendo recently has been actively publishing Android versions of some games.

This gives me hope there is a chance for Advance Wars. it is not much hope but it is something.

There Is a Fire Emblem Android Game

There already is a turn-based tactics game on Android. Fire Emblem Heroes. Fire Emblem is the more popular series made by Intelligent Systems.

I would like to think the success of this game could lead to a mobile port of Advance Wars. But I don’t have a real reason to think this. I just hope it could be true. 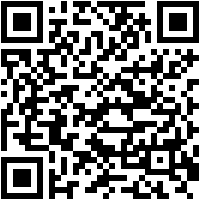 Advance Wars Works Great as a Game on the Go

Listen. I don’t recommend downloading ROMs of games you don’t own.

But if one were to have already bought Advance Wars multiple times in the past, get the ROM file, and put it on an Android device designed for emulation, I think you might see that the game works quite well on the go.

Being a turn-based game, Advance Wars is amazing for on-the-go gaming.

I think Advance Wars would make an excellent multiplayer game as well.

It could work like games like Words with Friends. You play a turn and wait for a response.

I suppose making sure the other player plays promptly could be an issue. But this issue can be solved with turn time or give the players a day to respond.

Reasons Why Advance Wars Won’t Get Ported to Android

The Last Original Advance Wars Game Was in 2008, Over 10 Years Ago

Old game series can be revived at any time. There is not a shelf live to such a thing. If Bubsy the Bobcat can get a second chance, I think just about any game series can.

Advance Wars 1+2: Re-Boot Camp is going to be released for the Nintendo Switch in 2022. But that game is just the first two games being resold again.

First, let me get this out of the way. I am sure people genuinely love Fire Emblem. and I am sure the games are good and fun.

I never got invested in any of them.

The fact that Fire Emblem is so popular to me is a curse.

Intelligent Systems is spending so much time working on Fire Emblem games Advance Wars has been pushed aside.

Intelligent Systems pretty much confirmed this in this source. Advance Wars is the unwanted child in this relationship, it seems.

The fact that Fire Emblem got ported to Android is like a slap in the face to me (OK, maybe that is a bit exaggerated, but I am annoyed. I don’t even like Fire Emblem Heroes either.)

If you play mobile games often, you know that mobile game developers often try to squeeze money from players in any way possible.

I am not sure how this can be done with Advance Wars. Show ads, maybe? Perhaps sell the game for like $10?

You could make a game like Fire Emblem Heroes, and players summon and collect the COs.

I suppose out of all the issues shoving in a monetization system (good or bad) is probably not difficult. But I figured I mention it.

Do I Think There Ever Will Be an Advance Wars Game on Android?

It seems unlikely there is will ever be an Android Advance Wars game.

Instead of trying to create some complex theory, I can just acknowledge people like Fire Emblem more. Occam’s razor and all that.

I think Advance Wars had a chance. Sure there are some die-hard fans like me. But the game series has seen its glory days in the past.

I think Advance Wars by Web is as close as I can get to what I would want.

Advance Wars by Web is a recreation of the older Advance Wars games that works in web browsers. I heard it works well on Android, but I have not tested this.

You can only play versus other players.

The game is also a very simple version of Advance Wars. There is no animation of any kind, and you move pieces around like a chessboard.

I need to test this out. So I don’t have much to say right now. But I am amazed that people can accomplish this.

Emulation is an option. Nothing is stopping you from playing Advance Wars with ROMs on a phone already.

Legal issues, blah blah don’t download ROMs (As if some random blogger telling you not to would stop you.)

My main issue is the controls don’t work well on a touchscreen. I recommend getting an Android emulation device with buttons. They are pretty cheap and won’t cost you much as a new Nintendo DS used to cost back in the day.

Wargrove seems like a good spiritual successor to Advance Wars. It is nice to see other developers pick up the slack and make games people want.

I have not played the game before as it has some issues working with Proton (I use Linux, BTW). But I might get it eventually if these issues are resolved.

Wargrove is not a mobile game, though. But the game is the most modern thing resembling an Advance Wars game I can think of. 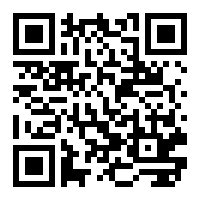 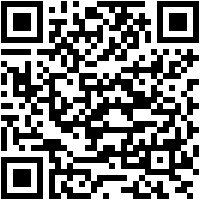 What Would an Ideal Android Advance Wars Game Look Like?

What I Want From an Android Advance Wars Game

So I figured I have some fun. I will describe what I think my “perfect” version of Advance Wars on Android would look like.

First, we are forgetting Advance Wars Days of Ruin existed. We retcon it and it never happened.

How the Game Will Look and Sound

I want to art style to be the same. Maybe a bit more polished, but I want the look to resemble the older games.

The music in the games is excellent, and Advance Wars has some of my favorite video game soundtracks.

I don’t know if this is possible. But I want those same composers to get back onboard and to create new music for the game.

If that is not possible, then something that sounds similar or inspired by the older games.

Gameplay would remain the same. Maybe work in a few new units, but I don’t see an issue with the original selection.

Maybe balance a few things up like the commanding officer (CO) powers (I suppose I do like some things from Days of Ruin after all).

I think a mix of all the old COs along with some new ones would be great. Just like the old games.

As for the story. No idea. Create generic bad guys and have the good guys defeat them. I just want Advance Wars.

You could create a random assortment of maps with no story connection, and I still would be happy to play the game.